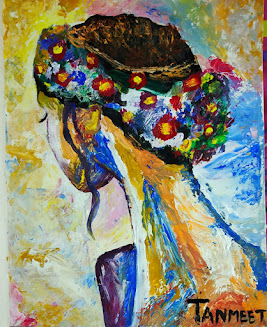 People down the ages have categorised women variously. They have been termed pests, gold-diggers and what not. We have created a wall between both genders making parity next to impossible. We have completely neglected the critical role women can play in human advancement. The society has treated her as a mere chattel. Men still keep under the wraps fearing her earning ability may rip off their masculinity. It is surprising humanity carries this baggage into the 21st century as well.

Unfortunately, women have always been looked upon as living off men’s money. It is not only despicable but downright outrageous. She is never supposed to be mature. She is merely treated as someone having a childish mindset. Financial independence is out of the question for her.

Women were not born with the label "WEAK AND FRAGILE"; we gave her this tag. This calls for serious introspection and reflection.

Living in a multicultural society demands fine art of balancing the interests of both genders. What is required is a change in the mindset. The rest will take care of itself. There is a long list of do’s and don’ts for women while men go scotfree. What to wear and how to conduct oneself simply cannot be imposed.

It is a fact that as genders we are born with certain competencies. What women are good at, not necessarily men will also be and vice versa. But it does not mean that so-called male domains are out of bounds for women. They can be fighter pilots and astronauts. They can be in combat roles in the armed forces. Who can stop them? They can be anything under the sun. Women have already registered their thumping presence in almost every sphere of human undertaking.

Advertisements for washing powder, spices and other household items mostly go to women because they better promote them. We say we live in a globalised world touching every society but what about gender equality, equal pay raise and a lot more. A case in point is the portrayal of women in music and production houses in an illogical manner where a guy sings about a specific brand such as Gucci or Prada and a woman is shown asking him to buy her gifts and luxurious brands. Does it not amount to underestimating a woman’s buying capacity? Showing women looking for men to give them rides in their luxury cars is complete disregard of her individuality.

The world is in dire need of a protocol to bring about actual gender parity. What do you think?

at August 30, 2020
Email ThisBlogThis!Share to TwitterShare to FacebookShare to Pinterest