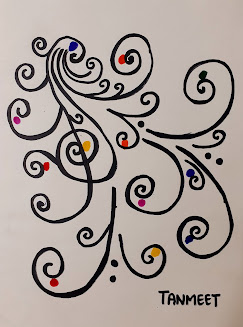 The raging corona pandemic has given us lessons for a lifetime. People have begun to hallucinate about a fantasy world after the virus has finally disappeared. I have been mulling over the idea for quite some time now. I have thought about a world full of wonders if this fantasy become a reality. There will be no disparity, inequality and discrimination. The parochial mindset will be a thing of the past. There will be no divisions in the name of colour, creed, gender and religion.

In my scheme of things, an organisation named One Planet will come into existence. The denizens of the world will be allotted a name each (no second name). Two persons having identical names will be given a number each. The idea of nation-state which has wreaked havoc for centuries untold will be done away with. Instead, it will be One World, One Government (as propounded by Bertrand Russell). There will be no absolute power. There will be no borders, no coercive army to grab territories. There will be free movement across continents. Animal rights will be respected. There will be no divide between the rich and the poor. The wealth will be distributed equally. There will be no political dispensation. The World Government will comprise Agents of Change, not ministers with their selfish agendas. There will be sensitivity all around. The idea of violence or intent to hurt will be conspicuous by its absence. The right to live with dignity will be the buzzword. The resources will be freely available to all. Honest labour will be rewarded. People will be paid based on the amount of work they do. The scamsters and swindlers will have no say. Everything will function as per the rule book. Every activity will be digitally monitored. Any wrong-doing will be detected in nano seconds and the guilty punished. Exemplary punishment will act as a deterrent. The humanity will realise the importance of virtues. Love, respect, cooperation and coordination will be in vogue. Man will understand the significance of hierarchy. Man will revert back to Nature. Corona will have taught humans to respect ecology. People will live in harmony and with fellow feeling.

The idea may look far-fetched but who knows an assembly of enlightened and sensitive beings is waiting to start a new world order. What do you think?